Lingathadi Pudutheru is a small beautiful village located in between the banks of Two Rivers, River Holy Cauvery and River Kudamuruti (a tributary of River Cauvery) and 2kms away from Thiruvaiyaru. There are two temples in this village namely Kaliamman Temple and Muniyandavar Temple. Every year in the tamil month of Vaikasi, Village People unite to celebrate the Palkuda Abishegam Festival in a great manner and in the evening of the same day, Lord Kaliamman goes around the street of the village to bless the people in a car decorated using Flowers and Electrical Lamps. An edited video of this event is presented here.

Thiruvaiyaru is a divineful and musical place, Famous for the Aiyarappar Temple and Saint Tyagaraja (The Musical Legend) Samathi.

Thiruvaiyaru (also spelled as Tiruvaiyaru) (Tamil: திருவையாறு) is a panchayat town in Thanjavur District in the Indian state of Tamil Nadu. Thiruvaiyaru is situated on the banks of the river Kaveri, 13 km from Thanjavur. Thiruvaaiyaru has an old Siva temple dedicated to Panchanatheeswar. Though pilgrims flock to this temple throughout the year, Thiruvaiyaru is more renowned for its association with Saint Thyagaraja, who, along with Muthuswami Dikshitar and Shyama Sastri, comprised the Trinity of Carnatic music. Thiruvaiyaru means Five Rivers around the city. The Five Rivers are Arisilaaru, Vennaaru, Vettaaru, Kudamuruttiyaaru and Kaveriaaru.

Thiruvaiyaru is the headquarters of the Thiruvaiyaru taluk. Thiruvaiyaru is a small, quiet town. However, its modesty belies its importance as a pilgrim centre. On the highway from Thanjavur, you pass five bridges ‘ over the Vadavar, Vettar, Vennar, Kudamurutti and Cauvery, the five rivers from which Thiruvaiyaru gets its name (thiru = sacred; ai = five; aaru = river). The presiding deity of the Siva temple here, Panchanatheesvarar (in Tamil, Ayyarappan ‘ both mean the same thing, `the Lord of the Five Rivers’) also gets his name from them. Thiruvaiyaru is considered as holy as Varanasi and bathing in the Cauvery here is as guaranteed to rid devotees of sins as bathing in the Ganges.

Near the Siva temple is the one-roomed house where Thyagaraja composed some of his greatest works. On the banks of the river is the samadhi of the saint composer and it is here that the greatest music festival in the country takes place annually.

The Thyagaraja Aradhana festival is held in January when most of the leading exponents of Carnatic music come to perform and are watched by thousands of ardent fans of classical music. A huge complex is now under construction at this site to accommodate the large audience that come to the concert in ever increasing numbers every year.

The vast temple in this town, known as “Dakshina Kailasam” (Southern abode of Siva), built in an area of approximately 60000 square meters, boasts of 5 prakaram (outer precincts used for religious purposes) and many ‘mandapams’ (great halls). Several inscriptions in the temple affiliates the temple to the Cholas, Pandyas, and other rulers. Karikala Chola, Rajaraja the great, Jatavarman Sundara Pandyan, and Krishna Devarayar are associated with Thiruvaiyaru. The temple has two distinct divisions called ‘Uttarakailasam’ and ‘Dakshinakailasam’. Uttarakailasam was built by Rajaraja Cholan’s queen in the late 10th century who also made several endowments . Dakshinakailasam was renovated by Rajendra Cholan’s queen. The tEvAram trinity (appar, sambhandar, and sundarar) have composed more than 100 songs on the presiding deity of this temple town mentioned as “aiyARu” (ஐயாறு) by them..[1] The Tiruvaiyaru temple has also a shrine for Aatkondar or Kala Samharamoorthy, which is unique in the world. A Homa Kund started by saint Shri Adi Sankara can be found outside the shrine of Aatkonda. In the Kund a sort of loose incense-like called “Kungaleyum” is dropped in it. It is believed this wards of scorpion stings or some such bites. The Kungaleyum is available from vendors around there hand-packed in loose papers. 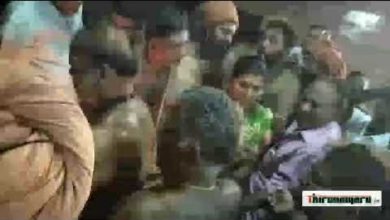 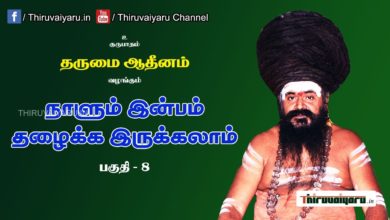 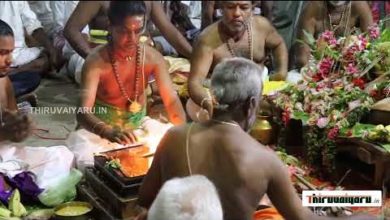 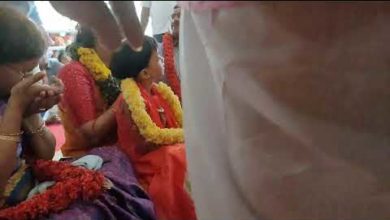